A History of the Crane and How it Moves the World 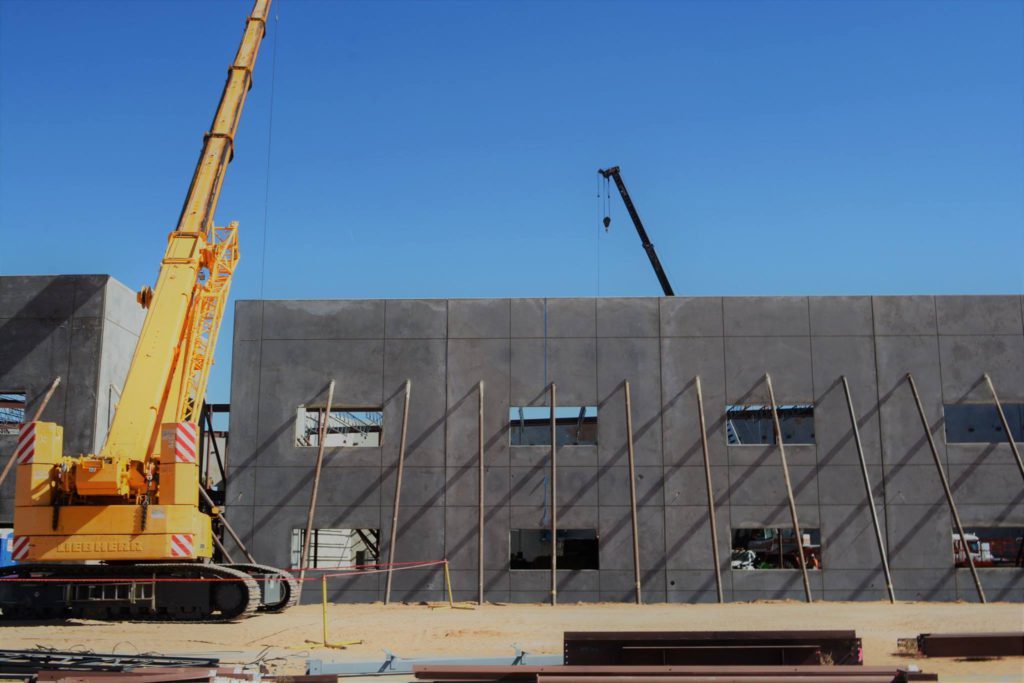 Transporting goods and services requires the successful and efficient transfer of heavy materials and cargo. Moving heavy things, however, is nothing new for human beings. We have been doing it for a long time. Many ancient structures utilized the same basic science to increase the strength capacity through mechanical advantage or simple physics. Today’s crane service uses the compounded technological advancements over centuries, but it still operates under the same basic principles. Crane service today is necessary for helping to move imports and help the transport of goods, so we thought we’d take a look at the brief history of how some of this got started.

We all know there was no modern machinery that helped the ancient Egyptians build the pyramids. The regular slabs that people today see on the outside of the pyramids weigh approximately 3 tons. Human beings alone are not able to generate that much power without the use of simple devices like ramps, levers, and cranes. And yet, when building the pyramids the manpower needed was still very high. Historians estimate that the workforce to build a pyramid still consisted from 20,000 to 50,000 men. For many parts of the structures, they used a ramp, which will reduce the amount of force required to move an object at the expense of increasing the travel length. Even this proved significantly useful in moving and placing heavy objects.

According to Greek historian, Plutarch, the Greek mathematician/physicist/inventor  Archimedes once said that if he had enough pulleys he could move the world. The modern crane is then largely possible thanks to the invention of the pulley. While the invention of the contraption is not precisely known, it is said that the Mesopotamians were using pulleys to hoist water by 1500 B. C and that Archimedes developed the compound pulleys around 287 B.C. Legend has it, that Archimedes used a system of compound pulleys to move an entire ship full of men, much to the surprise of the Syracuse king and everyone in the town.

The earliest cranes consisted of a rope passed over a pulley. A single pulley creates no real mechanical advantage, but it facilitates the process by changing the direction of the pull—as it is easier to pull downward than upward. Like everything, however, it improved over time, as people understood its basic concepts and applied developing technology to it. This is where the compound pulley comes in. A crane initially referred to as trifecta of pulleys—that is, three pulleys blocked into one. This increases the mechanical advantage three to one. A block of five pulleys, known as a Pentaspostos offer a mechanical advantage of 5 to 1.

From there the requirement for more mechanical advantage led way to the creation of winches and capstans, which substitute for the pulling of the rope. Then there was the treadwheel crane, which used the power generated by someone walking within the wheel and a mechanical advantage of 14 to 1. Cathedrals and other structures began to use a series or combinations of cranes. The Middle Ages saw the development of harbor cranes and slowly more flexible cranes and iron cranes were developed.

Today, the use of cranes and machinery is indispensable to construction and the distribution of goods. Crane service provided by Alliance Riggers can help to move the world, as so much of our products need to be transported and taken from one place to another—from ships or trains to other transportation vehicles that will finish taking the products where they need to go. Trust a crane service that is certified, safe, and efficient. Trust Alliance Riggers!

We are glad to provide service for any stage of your project!

We provide flexible transloading services to adapt to your routing.